Into the Okavango – One Earth Film Fest 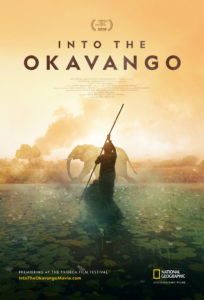 The Okavango River Basin provides a vital source of water to about 1 million people, the world’s largest population of African elephants and significant populations of other animals. This film chronicles a team of explorers on their 1,500 miles expedition across three countries to save the river system that feeds the Okavango Delta, one of our planet’s last wetland wildernesses.