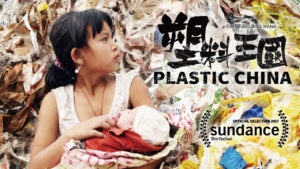 Laughter of children echoes through hills of plastic waste. A recycling plant is home to Pen and his daughter Yi Jie, desperate for an education; and boss Kun, determined to improve his family’s lot. One man moves closer to prosperity, while the other stagnates in poverty. This documentary exposes the lives of those on the fringes of global capitalist realities, a far cry from the communist dream.