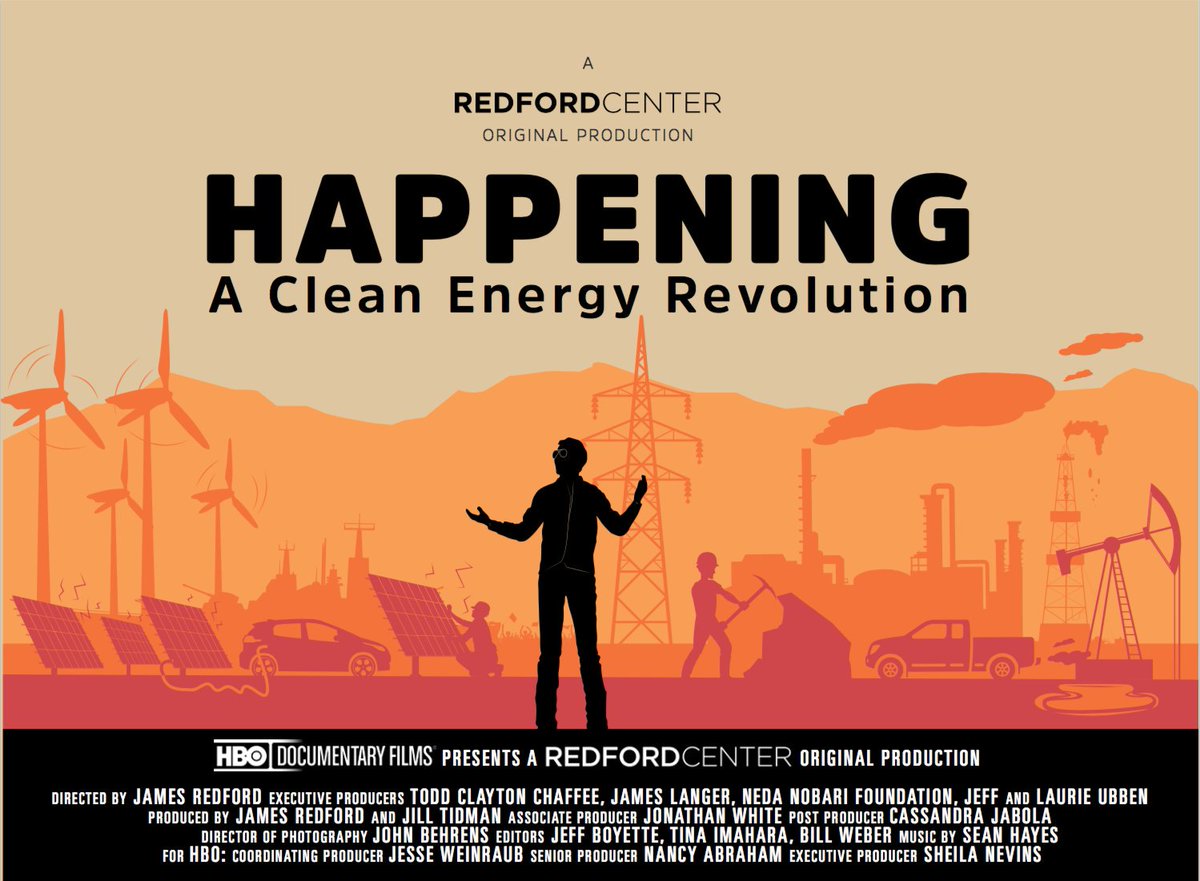 Join Elmhurst Cool Cities and Elmhurst College during the One Earth Film Festival for this free showing of the documentary Happening: A Clean Energy Revolution. The One Earth Film Festival presents compelling environmental films and programming to bring about an understanding of climate change, sustainability and the power of people, and to initiate positive actions for the planet.

When the issue of renewable energy comes up, it’s common to think, “that’s a future thing. It’s like sci-fi.” Well, this film is here to tell you, the clean energy revolution is happening right now. Director James Redford, an award-winning filmmaker…and, yes, Hollywood legend Robert Redford’s son…takes us on his personal journey into the dawn of the clean energy era as it creates jobs, turns profits, and makes communities stronger and healthier. “Reaching well beyond a story of technology and innovation, Happening explores issues of human resilience, social justice, embracing the future, and finding hope for our survival”, says Redford.

As the state of Illinois is posed to implement funding and resources through the Future Energy Jobs Act of 2017, we have our own clean energy and social equity ideas and stores to explore.

Tickets are free – SPACE IS LIMITED! This movie is expected to sell-out.

Avoid long lines and get best seats by arriving up to 30 minutes before the film start time.

The 2018 One Earth Film Fest is from March 2nd-11th and features a variety of environmental films showing throughout the Chicago area. The theme this year is “This is the Moment.” As we see the effects of climate change on our planet, this is the moment to learn…find our voice…collaborate…and take action. The fest will present more than 30 films at over 50 screenings across the Chicago area.

After the Spill Thurs Mar 8th @ 7pm at COD