Return of the Oysters: Water Quality and Shellfish Fans Rejoice! 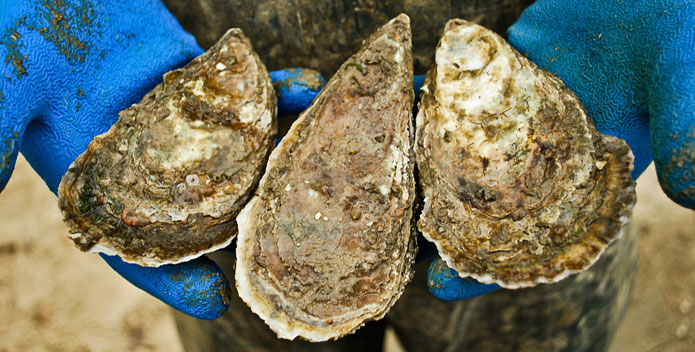 Happy National Oyster Day! If you intend to snack on some mollusks in celebration, here are some morsels of info to have on the side. For some time now, our director, Kay, has been preaching about the lowly oyster and it’s important role in preserving our environment and how we humans have an impact, both good and bad.

Growing populations put greater stress on our natural resources, including our water, which make little critters like oysters that much more important. You see,  oysters are filter feeders meaning they glean what they can from water that they pull over their gills. As they feed, they clean our water. In fact, a single oyster can filter 50 gallons of water a day! Not too shabby.

A single oyster can filter 50 gallons of water a day!

So, more people, more pollution (one day perhaps not!), and conversely, the more oysters, the cleaner our water. Therefore we want to ensure that oysters, especially wild oysters, are restored and thrive in the struggling waterways they call home.

The Chesapeake Bay is one such struggling waterway. Once known for its fisheries and oysters, with as many as 1,000 acres of oyster reef back in 1970, it is now known for water quality issues and a decimated wild oyster population. Not only do the 17 million people that inhabit the Chesapeake Bay watershed contribute to increased run-off and water pollution, our national hunger caused over-harvesting of oysters, the great natural filters of the bay.  It’s like a one-two punch to water quality.

Some estimates suggest the Chesapeake Bay oyster population is only 1% of what it used to be! 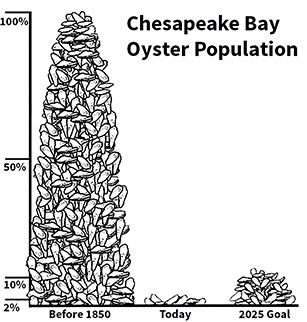 Part of the problem is that when we enjoy some fresh oysters, the leftover shells end up in the garbage or, if we’re lucky, in the compost. Whereas when a crab or seabird eats an oyster that shell stays in the water or washes back from the shore. Those shells are necessary to maintain healthy oyster beds or reefs for oyster spat (ie baby oysters) to adhere to and begin forming their own shell.

Enough with the bad, now for the good. A number of organizations have heeded the call to restore oyster populations including the Oyster Recovery Partnership. They actively incubate young oysters to release to the wild and also increase available habitat by “recycling” oyster shells. For every 1 recycled shell they return 10 new oysters to the water. They’ve grown to be the largest shell recycling network in the country with 300 member restaurants. In 2015, they collected over 26,005 bushels of oyster shells from members and public drop-off locations, including some from some DuPage County restaurants thanks to SCARCE. Those shells will allow the ORP to plant over 100 million oysters back in the bay. Their efforts and that of similar organizations are making an impact and it’s starting to get notice. Now that’s something to snack on! 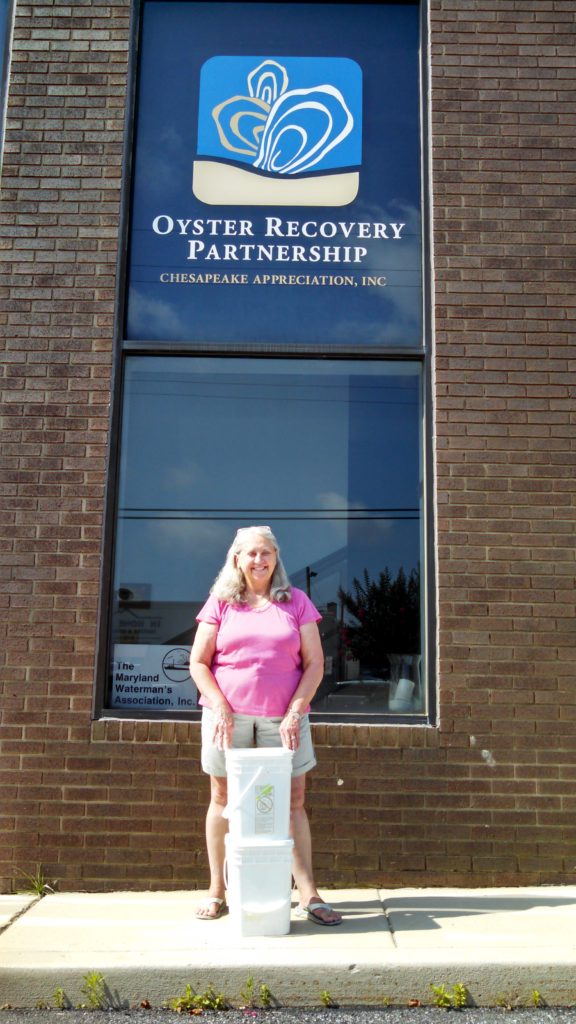