Do you know a DuPage County organization or person that deserves some green kudos? We want to share your eco-efforts! Email carrie@scarce.org to tell us about your nominee – they might be featured in an upcoming post.

Darien – Indian Prairie Public Library (IPPL) was presented their Earth Flag on September 20th for their efforts to go green. In addition to staff education by SCARCE, IPPL took many steps towards sustainability as part of the Earth Flag certification program. They conserved energy by installing more efficient lighting and creating lighting schemes that take advantage of natural light. The library also installed eco-friendly flooring and purchased a machine to repair DVDs and CDs so they can be reused rather than replaced. They also added native plants to their landscaping to absorb stormwater and conserve water plus much more! Keep up the great work! 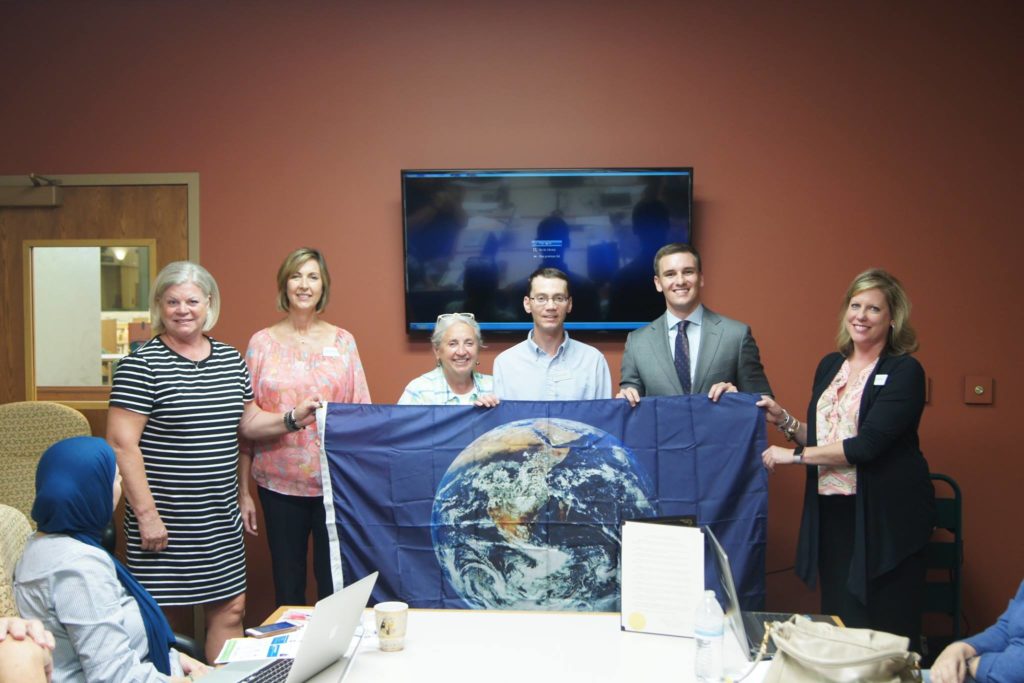 The Naperville Park District announced they will be expanding their organic park maintenance program from one park to eight. Over the last 13 years the park district has been integrating environmentally-friendly practices into their operations. Knoch Knolls park has been maintained with organic products since 2004 and will now be joined by College Park, Columbia Commons, Cress Creek Park, Crestview Knoll, Dorothea Weigand Riverfront Park, Kingshill Park, and Kroehler Park. The parks will be monitored for two years and, if all goes well, the park district intends to expand the organic maintenance program further. Way to be a leader for wildlife and healthy, natural, outdoor spaces!