Presidents’ Day: An Opportunity to Recognize our ‘Founding Gardeners’ 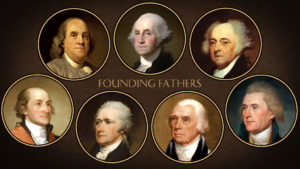 For those of you lucky enough, Presidents’ Day is an opportunity to lay back and enjoy a 3-day weekend. Originally, Washington’s birthday (the original “Presidents’ Day”) was a day of remembrance, a national celebration of the most important figure in American history. The fervor  has died down but in honor of the old enthusiasm, indulge us in giving you a touch of eco-insight this Presidents’ Day.

“The protection of the environment is essential for the United States.”

Those words were spoken by James Madison in 1818, a founding father and our fourth president. Many of our founding fathers were leaders in sustainability before the term existed. Being sustainable was intrinsic to success as a landowner and farmer in the 18th and 19th centuries. They knew it was essential to understand how to nurture the earth to sustain oneself (or one’s fledgling country) in order to thrive in the long term.

“Cultivators of the Earth are the Most Valuable Citizens” 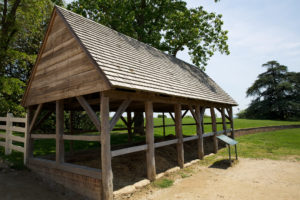 When asked by Thomas Jefferson what he wanted as a gift from his countrymen after leaving office, George Washington replied that he wanted a national arboretum, for unity, with trees from each state. Washington studied compost mixtures in a specially built stercorary at Mount Vernon. Our first president was always on the quest for healthy soil. He switched crops when he realized tobacco degraded his land and was a big proponent of hemp (not that kind). Washington believed the United States could be self-sufficient if everyone were to grow it.

Everything was carefully thought through at Mount Vernon for maximum efficiency. Washington strategically placed his pigs near his distillery to transport spent grain to the feeding trough. One activity’s waste product was another’s feedstock. Today that could be referred to as cradle-to-cradle production.  His gristmill was unique in that the water wheel was housed indoors. There it was protected from the elements so it would last longer. Resource conservation in action.

“Soil is the Gift of God to the Living” 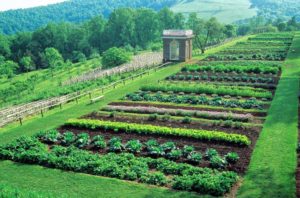 Thomas Jefferson also knew the importance of nurturing the soil. Both he and Washington understood it was up to gentleman farmers to take on the risk of innovation in the realm of farming. They looked to Europe for inspiration, where land was scarce and thus innovation essential for continued productivity. Jefferson was a big proponent of utilizing compost and had plans to create a movable compost system.

His sustainability efforts went beyond caring for the land. When building Monticello, Jefferson oriented the building and installed windows, skylights, and mirrors to maximize daylight. Utilizing natural light, or “free light”, conserved energy – candles in that era. Jefferson also harvested rainwater and stored it in cisterns (ie giant rain barrels) to use for drinking, brewing, and irrigating.

A cistern for rainwater harvesting at Monticello

Sustainability practices didn’t stop with Washington and Jefferson. James Madison and Benjamin Franklin were both green-minded. You can learn more about their innovations and forward-thinking from the book that helped inform this post: Founding Gardeners by Andrea Wulf.

The websites for Monticello and Mount Vernon estates.