How to Retire Old Glory: Respect the Flag and the Environment 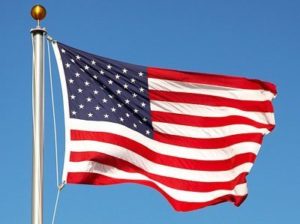 Lots of people fly the American flag to show their appreciation for our country’s history and freedoms.  If you fly a flag it will inevitably become worn and tattered and leave you with the dilemma of how to dispose of it.

Are you unsure about whether your flag needs to be retired? According to the Flag Code, “when [a flag] is in such a condition that it is no longer a fitting emblem for display, [it] should be destroyed in a dignified way…”. The American Legion’s ‘Top Ten’ Flag Myths can help you decide.  For example, you can continue to use a flag that has touched the ground or covered a casket.

American flags can be retired through a ceremonial burning.  Many organizations such as American Legion, local VFWs, and Boy Scout Troops accept flags for burning and will properly retire your flag.  However, burning synthetic flags, such as nylon, creates hazardous fumes which are harmful to human health and the environment.  It’s become a bit of a quandary for scout troops and veterans organizations alike.

Keep in mind, the traditional method was suggested in 1923 when synthetic fabrics were very uncommon. Some municipalities such as Spokane, Washington have gone so far as to ban the burning of synthetic flags out of concern for air quality. Fortunately, as the Boy Scouts of America notes, there are other respectful ways to dispose of your flag.

No one person or agency is authorized with retiring American flags –  so consider a dignified DIY retirement. The Boy Scouts suggest cutting apart your flag, such that you do not cut through the blue field of stars (symbolically maintaining the union). Once cut apart, it ceases to be a flag.

If you live in or near DuPage County there are a few more options for disposing of your worn flag. In the fall and spring, many towns host Recycling Extravaganzas. Often scouts or a veteran’s organization attend to collect flags for retirement. Be sure to check each event’s collection list before packing up. You can also check with local boy scout troops.

Before you jump up out of your seat to retire your flag, consider how you can make it last longer. Annin Flagmakers, the oldest manufacturer of flags in the U.S., reminds us that often our flags just need cleaning and repair. Get tips for cleaning flags of various materials here. Not only does it show respect for the flag but also for the resources used to make your flag. One should only consider retirement when a flag becomes damaged beyond repair. 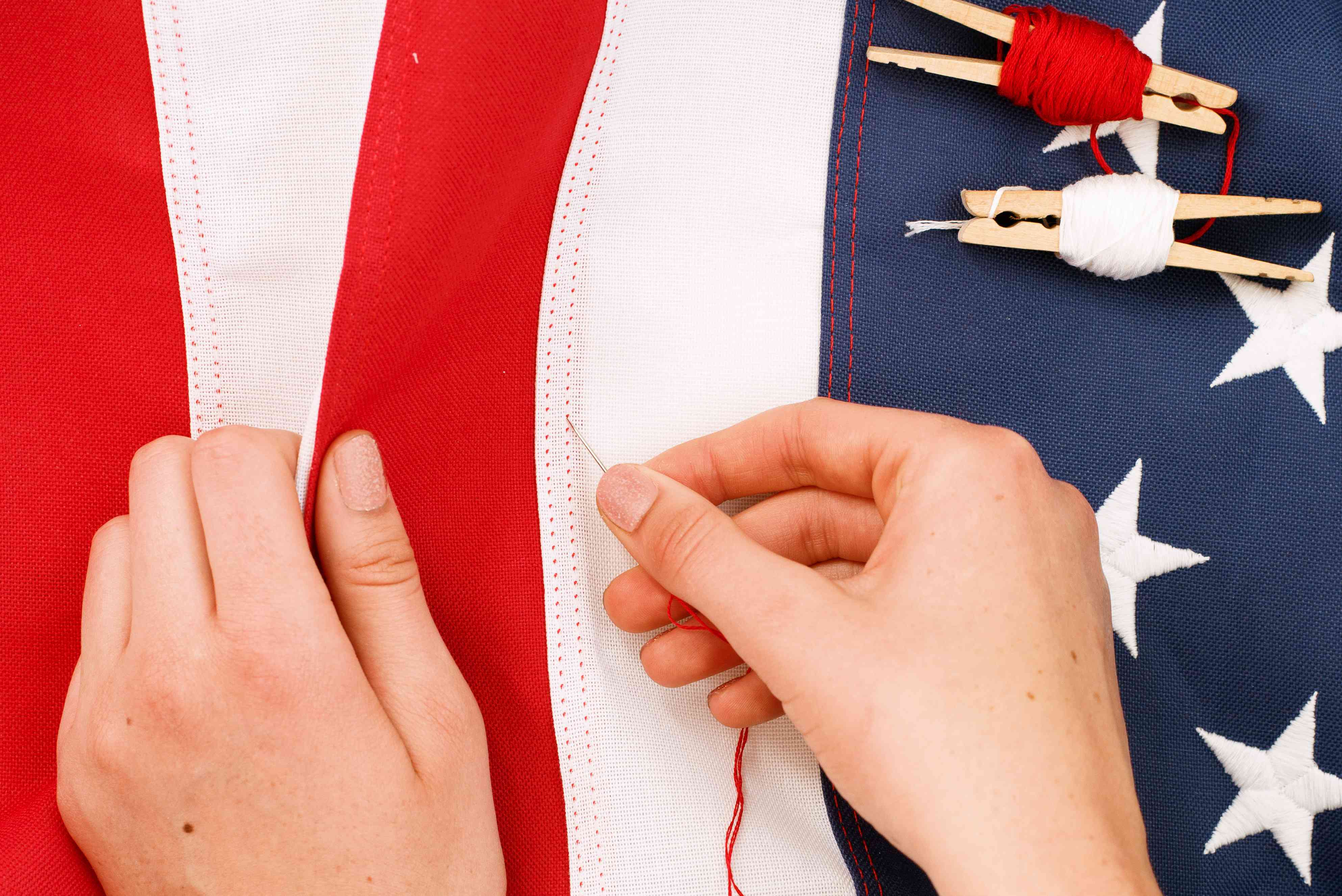 Here are some quick tips to increase the longevity of your flag:

Buy high quality. Higher quality materials and craftsmanship add up for a longer lasting flag. Buy American-made to further show your patriotism and reduce the environmental footprint of your flag.

Take it down. Flying a flag 24/7 can cause a lot of wear & tear. Consider taking your flag down at night or during severe weather.

Get it cleaned. Depending on the material, your flag may be washed at home or dry cleaned (look for an eco-friendly cleaner!) Some cleaners provide the service for free.

Repair it. Can a flag be repaired? Yes indeed! The main concern is to maintain the dimensions of the flag. Some flag companies include repair services for large flags. This seamstress loves the challenge.

Donate it. For unneeded flags in good condition, find a friend or organization to donate it to. If donating, be sure to properly fold the flag and place it in a bag.

This post was originally published in 2017. It was updated in 2021. Both American Flags Express, Inc. and Advanced Disposal have discontinued their flag recycling programs.