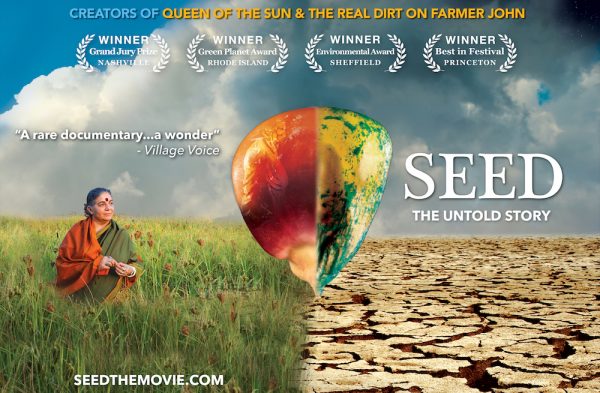 The College of DuPage Sustainability Film & Discussion Series promotes film as a tool for education, civic engagement, and activism in the movement for building sustainable and resilient communities and protecting our natural resources for future generations. All screenings will be followed by a discussion led by faculty and community partners.

Free and open to the public.

Few things on Earth are as miraculous as seeds. Worshipped and treasured since the dawn of humankind. SEED: The Untold Story follows passionate seed keepers protecting our 12,000 year-old food legacy. In the last century, 94% of our seed varieties have disappeared. As biotech chemical companies control the majority of our seeds, farmers, scientists, lawyers, and indigenous seed keepers fight a David and Goliath battle to defend the future of our food. in a harrowing and heartening story, these reluctant heroes rekindle a lost connection to our most treasured resource and revive a culture connected to seeds.

This is the second of three movie screenings. Each date will feature a different documentary.

Nov 15 – Growing Cities: A Film about Urban Farming in America